Your browser is not supported. Please update it.
Home page
Call 02920 753320
Website by GolfWorking

Adam Constable, first joined Cardiff Golf Club in 1996 as a junior member. He developed to represent both Glamorgan and Wales at under 18 Level. In 1999 he joined the professional staff and started a 3 year foundation degree programme with the support of the Club.

As a Professional, he has won over 35 events. His most memorable playing achievement to date was playing in the Welsh Professionals Championship here at Cardiff where he shot the current course record of 62. Adam now has 17 years of teaching experience, having been associated with the club since the age of 13.

“I aim to provide a first class service to our membership and all of our visiting golfers. I am determined to stock leading brands and offer all of my customers a competitive and comprehensive service, offering genuine price matches to everyone. I am already very busy with my coaching, following the recent introduction of our high spec indoor swing studio and will strive to build on my ever increasing client base.”

Chris joined our team in 2016 after establishing himself as one of the leading golf coaches in South Wales. Chris had a successful amateur career consisting of representing the Glamorgan Men’s 1st team for over 10 years.

Turning Professional in 2013 after completing a BA Hons degree in Psychology from Newport University, Chris now divides his time between competing and coaching at Cardiff Golf Club. Chris has amassed several wins during his short Professional career.

With his knowledge and great rapport skills Chris has built an impressive client base that includes beginners to elite level golfers.

Using video analysis and GC2 launch monitor, Chris can identify any weaknesses and create the simplest plan tailored for you for improvement.

Using our GC2 launch monitor Chris also offers custom fitting, with our Professional Shop stocking many of the leading brands we are most certain to find you the best equipment for your game. 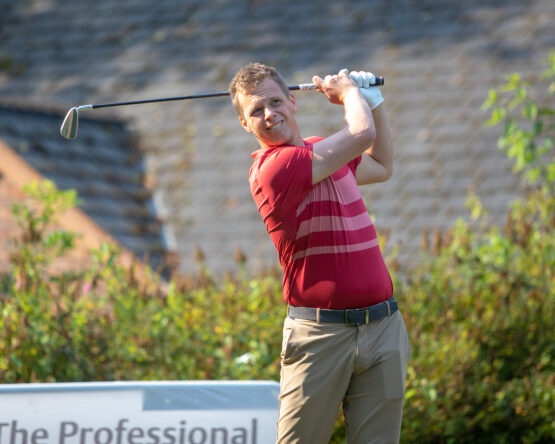 A relatively late starter to the game, Jamie started playing golf at Cardiff Golf Club in 2015 after completing his degree in Sport and Physical Education at UWIC (now Cardiff Met). Taking to the game pretty quickly, he turned professional in 2019 and is currently undertaking his PGA Training where this year, he was recognised as one of the top students in the country by the PGA.

Before golf Jamie was a keen rugby player, representing Bognor and his home county of Sussex at numerous age levels. However, his proudest moments were making his senior 1st team debut and Sussex U20 debut at the age of 17 years and 2 months. Also that year he was due to train with the London Wasps Academy but missed out due to injury.

His main passions within golf are Coaching and Custom Fitting, where he is a PING certified custom fitter.