Your browser is not supported. Please update it.
Home page
Call 02920 753320
Website by GolfWorking
Back to Club

The History of Cardiff Golf Club

Imagine travelling by tram, train and pony and trap to play your weekly round of golf.

That’s exactly what two young Cardiff men had done on a Spring afternoon in 1921. As they sat in the Clubhouse over a drink they discussed the difficulties of the journey from Cardiff to the Leys, a seaside course at Gileston, between Barry and Llantwit Major.

The only course near Cardiff was at Whitchurch, a 9 hole course. Was it feasible, they pondered, to create a course in Cardiff? Those two young men, Reuben Pugsley and Trevor Williams made their lengthy journey home that evening full of enthusiasm and determination to form a Club and Golf Course in Cardiff. 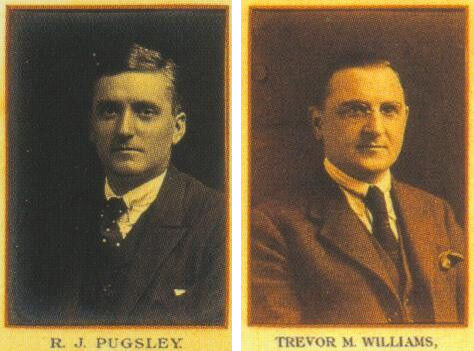 A meeting was called to discuss the situation, and a room to accommodate about 30 people was booked in the St Margaret’s Church Hall, Waterloo Road, Cardiff. An advertisement was inserted in the Western Mail. It was intended to be of modest size, but when it appeared it was large. Mr Robert Webber, as he then was, immediately took an interest in the movement, and was responsible for increasing the size of the advert and never rendering an account. The meeting was held on the 24th of May 1921, and the Convenor R.J. Pugsley, who had booked the room, arrived at the Hall to find about 500 people outside. The caretaker had no authority to open the large hall, but after some explanation this difficulty was overcome and the meeting proceeded. Mr R. J. Pugsley was voted to the chair, and Mr. Trevor M. Williams appointed Hon. Secretary pro tem. A committee was formed and given the necessary authority to proceed. Approximately 500 people expressed their desire to join the Golf Club if formed.

A prospective membership of this number was very encouraging in a way, but the essential problem remained to be solved where were they to get a site of about 100 acres within a reasonable distance of Cardiff? An 18 hole course was essential, because at the first meeting of the Committee, the Hon. Secretary reported that “he had received upwards of 650 names of intending members of the club”. The committee investigated the possibility of 3 sites:

1. Some land near the Three Arches Bridge. This was found to be too small comprising only about 70 acres.

2. The land to the east of the Roath Park Lake, now completely built upon and known as the Lakeside Estate. This site had its attractions, but the land was the property of the Butes, and their conditions for a lease were quite unacceptable.

3. The third and best prospect was a farm known as Ty-to-maen. This farm had been recently purchased by Mr Ewan G. Davies with whom the negotiating committee arranged an interview.

Mr. Davies proved very co-operative, and said he would favourably entertain the proposal to give a lease of 7 years, with the renewal of an option at 14 and then for a further 7 years – 21 years. Although the farm land was very attractive, the difficulty was in the point of access to the land. The only entrance was near what is now the 14th green. What was required was access from the main Cyncoed Road, but the land from that point to the boundary of Mr. Ewan Davies’ land, was owned by Mr. Wyndham Clarke. Negotiations were immediately started with his Agents, and backed by the promised support of 650 people, an appeal was made to Mr. Clarke to sell to the proposed Golf Club about 10 acres of land .

Mr. Clarke was impressed with the appeal to accommodate such a large number of people and undoubtedly this influenced him in agreeing to sell the necessary land at a reasonable figure, but he stipulated one condition, that the Club would hold themselves responsible for the task of making a road between Cyncoed Road and the boundary of Mr. Ewan Davies’s land if called upon to do so. The Committee agreed to these terms, and again approached Mr. Ewan Davies. He recognised the importance of the acquisition of this land, notwithstanding the obligation in connection with the making of a road.

He therefore put forward a proposal that he would buy the land on the same conditions as had been agreed with Mr. Wyndham Clarke. The Committee agreed to do this, and when negotiations were finally completed at a meeting held on the 23rd November 1921, a resolution was passed that a Golf Club be formed, subject to confirmation at the 1st General Meeting; the draft of the Circular to be sent to the intending members was approved. This communication stated that the Entrance Fee would be 3 guineas for ladies and gentlemen.

It was, however, subsequently decided that the Subscription should be 4 guineas and 3 guineas for ladies, but a rebate of 1 guinea should be given during the first year. The practical side of laying out the Golf Course was placed in the hands of Robert Walker, who was engaged as the first Professional and who previously served in that capacity at Southerndown, together with H. J. Marjoram, the Professional of Radyr Mr. A. H. Symonds, Mr. Chas. Bowchier and Mr. R. T. Crabbe were added to the small sub-committee dealing with the design of the Course. They planned the first nine holes, the tee of No. 1 being approximately where Messrs. Yapps’ Garage subsequently stood, now the Spar shop. Of course, a Professional’s Shed was necessary, this was erected conveniently near the No 1 tee and the first hole was almost in an exact line with the present Sherborne Avenue. The actual green was what is now the existing 17th green.

In the disposal of the lands acquired from Mr. Wyndham Clarke, the Club retained sufficient of the freehold land to accommodate a Golf Clubhouse and the necessary parking space. As the extension of the course to the full 18 holes was proceeded with, the present No. 1 tee was in the right position – i.e. adjacent to the Clubhouse. This was not completed and opened until March 1923. With but a few minor alterations the course remains very much the same today. The 10th green was in front of the brook, with the short 11th running alongside it in the direction of the 12th tee. In 1950 Mr. C. K. Cotton, the Golf Architect, was called in to suggest alteration to the Course. The first hole was altered slightly, a new 2nd and 3rd were constructed and the then 3rd was lengthened to become the present day 4th. The 11th tee was pushed back into the trees and the short 15th and 16th hole eliminated. The course was purchased from Mr. Ewan Davies for £18,015 on 19th June 1947, and on the 5th November 1969 the Club purchased a previously rented piece of land at the bottom of the 14th hole for £4,500.

In 1972 the Club sold land behind the 13th and 15th tees under a Compulsory Purchase Order to Cardiff City Council for £18,500. This land was required for the Pentwyn perimeter road. As a result the Club was left with a triangular parcel of land off Tydraw Road which was divorced from the Course and which was eventually sold in 1996. The sum realised from this sale, together with a substantial further sum received as a repayment of VAT following a ruling by the European Economic Commission first gave rise to the possibility of improving the clubhouse facilities.

In 1995 a Development Committee, chaired by P.E. Hales, was formed with the brief of exploring the possibility of refurbishing/extending the existing clubhouse or providing a new building. The committee reported to an Extraordinary General Meeting in 1996 when the members overwhelmingly voted in favour of a new clubhouse. The design of the new clubhouse allowed use of the major part of the old building during construction of the new facility. This was substantially completed in 1998 at an eventual cost of about £1.1m, and was officially opened by Mr. John Roger Jones, President of the Welsh Golfing Union, on the 7th of March 1999.